The South West Craft Beer Festival only features brewers local to the South West region of Western Australia, right through from Mandurah to Denmark!

We welcome breweries of all sizes, who produce heaps of different styles of mouth-watering, refreshing brews! Right through from chili beer, light ales, dark ales, Belgium style or fruity wonders! And for those crazy people are not beer drinkers… never fear! We have a delicious range of ciders and wine available as well! We are please to announce the 2021 attending breweries!

Artisan Brewing sold out of all their beer at the 2016 South West Craft Beer Festival and they took the prize for the Best South West Brew of 2017 and 2019!

Brian was the President of the Western Australian Brewers Association… so he knows a thing or two about quality craft beer. He retired so that he could focus on his passion for brewing and to keep up with the punters growing demand! They will be showcasing a stellar line up of great Belgian-inspired ales to quench any craft beer lover’s thirst… and they will have plenty of it!

After missing the 2018 festival, Beerfarm returned with a bang in 2019 and a kaboom in 2020! With their epic core range of amber gold and special new releases on offer, these  thirst quenching brews are designed for drinking on a summers day with mates… so the perfect fit for the South West Craft Beer Festival!

Using only the finest local ingredients, Beer Farm are a must visit at the festival!

Hand-crafted right in the heart of Margaret River, these guys produce an epic range of sessionable and seasonable brews! They are all about creating an environment where you can try new things with creative people, who are passionate about their craft…… everything they do is a collaboration of good people. We can’t wait to see what surprises are in store for 2021!

Boston Brewery have a theory… everyone has a beer drinker inside them, some people just don’t know it yet. And they must be brewing something right after taking the South West Beer of the Year trophy in 2016 & the One Off Brew Of The Year in 2017 and 2018!!

The crew are super dedicated to the craft and joys of a brew well made, and it shows! And they have an epic range of brews ranging from rye ale, smoked beer, ginger beer to red ale. Made with Denmark’s finest & purest rainwater, the quality of the raw materials, carefully selected, to speak for themselves.

A loyal of the South West Craft Beer Festival, we are stoked to welcome back Cheeky Monkey to share their cheeky cans and kegs with you!

What makes their brews so taste-bud pleasing is they aren’t afraid to push the boundaries, no short cuts are made, plus they only use the finest local ingredients.

With an delicious core range of award-winning brews and their ever impressive range of unique and fruity seasonals, you can rest assured knowing you’ll fine your next crowd pleasing favourite here.

The CBCo team will be back in 2021 with their uncomplicated approach to brewing….and life.  They’ll be pouring their core range of award winning beers. Be sure to try it all from their famous South West Sour, which started as a limited release seasonal but due to demand, is now firmly part of the core range, to their wonderful Australian IPA and everything in between.

2018’s crowned winners Cowaramup Brewing Co. can’t wait to start pouring their golden nectar at the 2021 festival. So much so that they found it challenging to choose which of their mouth-watering brews to showcase … and we don’t blame them!

Craft beer heaven open their doors when Jeremy said he was going to bring the whole range! Their beers certainly do the talking once in the glass in front of you. Be sure to try the 2018 South West Brew Of the Year, the Hefeweizen.

Calling all lovers of juicy, 100% natural, South West ciders … them damn tasty, lip licking good ciders from Custard & Co. will be back at the 2021 South West Craft Beer Festival.

Set in the middle of the apple growing country side, Custard & Co are what you call a little different. They use whole local fruit to make their apple ciders and have unique combos that will blow our mind away! Plus, no nasty little gluten characters swimming around in these bevvies, these are all gluten free.

The legendary brewers from Eagle Bay Brewing Co. are busy making their heavenly delights for the South West Craft Beer Festival 2021! After taking out the crown in 2020 with their award winning IPL the team will be back to defend their crown!

Eagle Bay Brewing Co. make their beers with fresh rainwater, malted barley, yeast and hops. Nothing else. No added preservatives or nasty stuff. So you know they are good for you.

They can’t wait to start pouring their golden nectar into you glass in February. And we can’ wait either!

After making their first visit to the festival in 2020, Mark and the team at Full Circle have gone full bore into growing a great brewery in Bridgetown!

Their beers are brewed on our farm from rain water. Sustainability is a big part of what they do and is reflected in the name, waste water is treated and used to irrigate the hop garden, while the mash is fed to livestock.

These guys will be offering a large range of beers at the festival including, a new world XPA and hazy NEIPA and Red Rye Ale.

The legends at Margaret River Brewhouse are back and keen to showcase their incredible core and seasonal range of ales, lagers, stouts, seasonals and more!

Their brewing philosophy is quite simple – they make beers how they were meant to be made! Using only 4 ingredients; hops, malt, water and yeast, they brew beers that are true to style. But that’s no substitute for flavour… your taste buds are in for a real treat!

We’re stoked to announce that Rocky Ridge Brewing Co. will be returning to the festival’s wagon in 2021, and better yet, releasing their highly anticipated new version of Rock Juice on the day along with our festival beer!

Everything they put in their beer; be it Malt, Hops, Yeast or Water has been hand grown, harvested, dried, kilned, malted, filtered and finally brewed on their Busselton farm by their family.

Head Brewer Hamish is bringing an epic range of awesome brews to try and a key eye for creativity. His sensational beer combos are the talk of the town and we can’t wait to try them all!

We can’t wait to welcome back this stellar line-up of ciders all the way from Stratham.

All it took was for one apple to fall to far from the tree who wanted to make his own mark, free of concentrates and added sugars, free of fake colourings and chemicals. His goal was to harvest a revolution with cider drinkers to show that there is more to cider than the sweet sugary concentrates that line the bottle shop shelves. And are we glad he did – these ciders are the perfect mix of sweet and tangy, fruity and refreshing, all at once!

We have been waiting a while for this moment but now it is finally here, Shelter will be launching their SWCBF career at the 2021 event!

After making the long and and arduous trek across the foreshore, the team will be bringing their core range of beers which have already gotten locals and visitors tongues wagging in only a few months!

They have a thirst-quenching range of brews to choose from –  lagers, wheat wonders, dark ales, pomegranate ciders, plus their awesome fruity NEIPAs! So there’s sure to be a brew to suit any connoisseur.. bottoms up

The team from Wedgetail Brewing are trekking to Busselton from the Jarrah bush land of Peel to pour their amber gold for you at for the second time after a very successful debut at the 2019 South West Craft Beer Festival!

Wedgetail Brewing are all about making memorable beers with traditional brewing process and the best of all four ingredients – malt, water, hops and yeast – to create a final nectar that will blow your tastebuds to heaven and back!

A new favorite of the festival, Wild Hop Brewery, who poured their very first beers at the 2019 South West Craft Beer Festival and they have only skyrocketed ever since! This new brewery with their epic range of mouthwatering brews are making waves as one of the top breweries in Yallingup.

After debuting at the 2019 festival, Wilson had to have a year off in 2020 to get over all the beer that they poured at the 2019 event! We are joking because the team down in Albany have been producing so much beer that you can find in all major bottle shops all over the state!

We cant wait to have the guys land back in Geographe Bay pouring their range of ales, from the Lost Sailor through to the Light House.

Well… maybe not quite a brewer, but just as good! Skigh will make sure all those vino loving lads and ladies who still want to be part of a super fun festival don’t miss out!

A group of mates, brought together by the dream of building our own small offering of real wines – wines that at their core represent what they love to drink – wines that tend to be lower in alcohol, have naturally balanced acid, have a great structure and double down on drinkability.

We can’t wait to try a drop on the day! 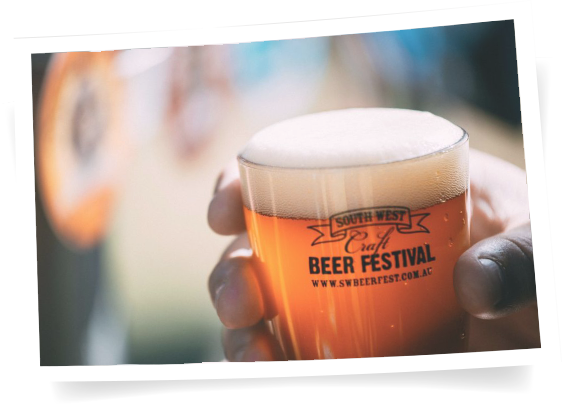 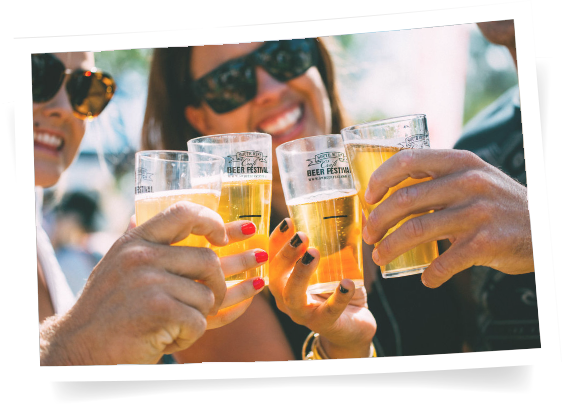 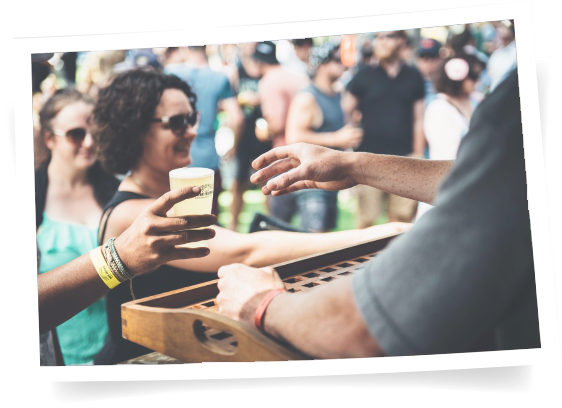 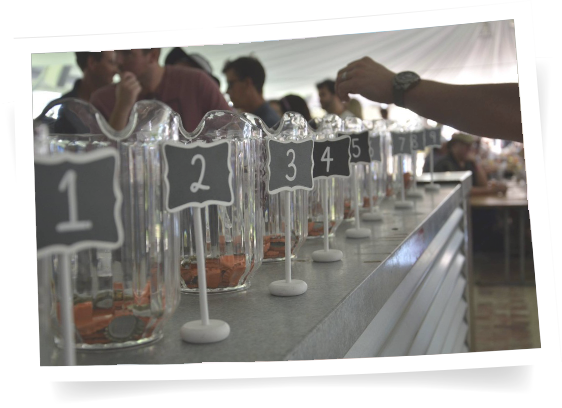 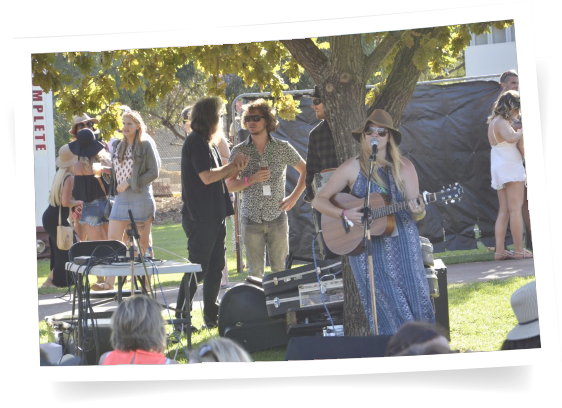 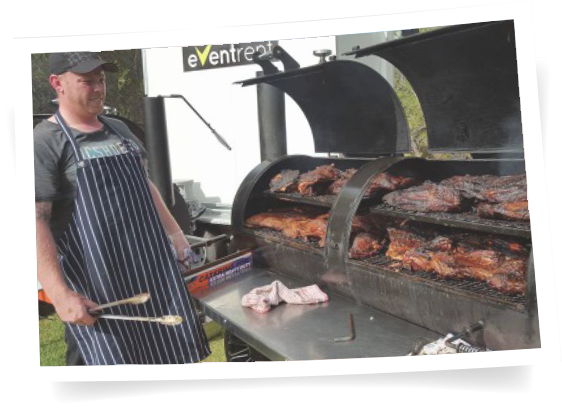 Want to keep up to date with the latest South West Craft Beer Festival news? Simply sign up to our mailing list and we’ll be in touch!